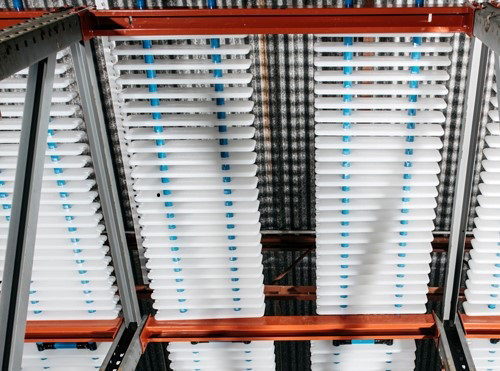 Plastic cells filled with a salt-hydrate phase change material are arranged in modules (right) installed above food storage racks. Solar-powered chillers solidify the PCM during the day. When the chillers are idle, the PCM absorbs heat as it melts, keeping the warehouse within its target temperature range.

The warehouse is the central food distribution hub for San Diego County, serving an average of 400,000 people each month. Last year, the food bank distributed 22 million pounds of food.

With the help of $3.1 million federal grant, researchers at the Argonne National Laboratory are using nanomaterials to improve the energy efficiency of existing single-pane windows. The team is developing a nanofoam coating that uses gas bubbles less than 100 nanometers in diameter. The coating is designed to allow visible light to pass through while blocking heat and sound.

The research builds on another nanomaterial being developed at Argonne: vanadium dioxide, a phase change material that behaves differently at different temperatures. At low temperatures, vanadium dioxide is a semiconductor that allows light to pass through. At high temperatures, it develops metallic properties and blocks near-infrared light, the portion of the solar spectrum that contains about half of all solar energy. That helps reflect solar radiation on warm days. The team has created a film that can boost near-infrared blocking and is more efficient at reflecting solar radiation, all while maintaining window transparency.

The researchers hope that a combination of nanofoam and vanadium dioxide will result in single-pane windows that can match the efficiency of multi-pane low-emissivity units. 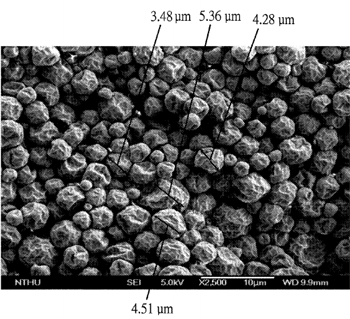 • Vertellus Specialties Inc. has filed for Chapter 11 bankruptcy protection. The Indiana-based chemical company, whose products include paraffin-based phase change material, says its term loan lenders have agreed to open the bidding at an auction for most of its business. Vertellus received court approval this week to operate its business as usual during the bankruptcy process.

• A record $328.9 billion was invested globally in solar, wind and other renewable energy sources in 2015, according to a report by REN 21, a coalition of governments, renewable energy trade associations and financial institutions. Spending in Europe was $48.8 billion, down from $62 billion a year earlier.

• A refrigerated container envelope with a PCM (Phase Change Material) layer: Experimental and theoretical investigation in a representative town in Central Italy

From Journal of Energy Institute:

• Diffusion and thermal conductivity of the mixture of paraffin and polystyrene for thermal energy storage: A molecular dynamics study

From Building and Environment:

• Experimental study on the thermal performance of air-PCM unit

From Journal of Heat Transfer:

From Construction and Building Materials:

More than 750 of your peers have joined a LinkedIn group devoted to the discussion of phase change material and thermal energy storage. The Phase Change Matters group is an interactive complement to the award-winning blog and newsletter of the same name.