Researchers at the Massachusetts Institute of Technology have developed a system that uses phase change material and graphene to convert daily fluctuations in ambient temperature into electrical power.

The system, called a thermal resonator, is described in a paper published in the journal Nature Communications.

“We basically invented this concept out of whole cloth,” one of the authors, professor Michael Strano, told MIT News. “We’ve built the first thermal resonator. It’s something that can sit on a desk and generate energy out of what seems like nothing. We are surrounded by temperature fluctuations of all different frequencies all of the time. These are an untapped source of energy.”

The researchers say the system could be used, for example, to continuously power remote sensing or communication systems for years without batteries or other power sources.

“The researchers realized that to produce power from temperature cycles, they needed a material that is optimized for a little-recognized characteristic called thermal effusivity — a property that describes how readily the material can draw heat from its surroundings or release it. Thermal effusivity combines the properties of thermal conduction (how rapidly heat can propagate through a material) and thermal capacity (how much heat can be stored in a given volume of material). In most materials, if one of these properties is high, the other tends to be low. Ceramics, for example, have high thermal capacity but low conduction.

“To get around this, the team created a carefully tailored combination of materials. The basic structure is a metal foam, made of copper or nickel, which is then coated with a layer of graphene to provide even greater thermal conductivity. Then, the foam is infused with a kind of wax called octadecane, a phase-change material, which changes between solid and liquid within a particular range of temperatures chosen for a given application.

“A sample of the material made to test the concept showed that, simply in response to a 10-degree-Celsius temperature difference between night and day, the tiny sample of material produced 350 millivolts of potential and 1.3 milliwatts of power — enough to power simple, small environmental sensors or communications systems.”

Ice Energy, the California company that partnered with NRG Energy a year ago to install up to 1,800 behind-the-meter ice batteries in commercial buildings in Orange County, has bought back the program. Payment terms were not disclosed. In an e-mail interview, Ice Energy CEO Mike Hopkins explained the strategic shift:

Q: What spurred your decision to buy back the program?

A: NRG was the owner of the program but they decided to divest all their renewables including this project. We bought the project back from NRG last month and are financing it ourselves. We have almost 1800 Ice Bears available but are in discussions with several major property owners who will start taking down large chunks.

Q: The agreement with NRG called for the installation of up to 1,800 Ice Bear 30s, providing a total of up to 25.6 MW of peak storage capacity to Southern California Edison under 20-year power purchase agreements. How long was the NRG program active, and how many Ice Bears were installed?

A: During most of the time NRG owned the program, it was on hold due to regulatory delays. The delays were caused by requests for re-hearings and court appeals unrelated to our program, which was part of a much larger procurement by SCE that included a controversial gas peaker. The program got the regulatory green light last March, but that more or less coincided with NRG’s move out of renewables, which effectively kept the program on hold. As a result, only a few units for the City of Tustin were installed. 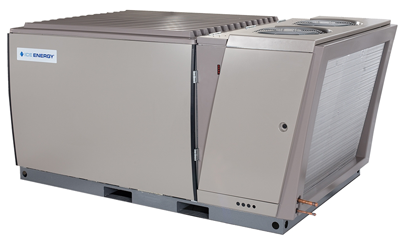 Q: Can you share performance data on the Ice Bears installed through the NRG agreement?

A: The Ice Bears installed for the City of Tustin have performed like the other 1200 or so units in operation – better than 98% availability which is better than any other storage technology, or grid asset for that matter.

Q: Can you name commercial property owners that participated in the Ice Bear program through NRG?

Q: Can you name any of the major property owners you’re now in talks with?

Q: Will the program change in any significant way under Ice Energy’s direction?

A: Yes, under Ice Energy’s direction we’re able to respond more quickly and tailor our offering to meet individual customer needs. To accelerate adoption, for a limited period of time, Ice Energy is offering new participants free HVAC replacement in addition to free Ice Bears. We are also now able to work more efficiently with our utility partner on this program through our direct interaction. The end result of these changes is more units placed more quickly to more customers.

Q: When will the first units be installed?

A: The first installations under our ownership of the program will be next month which will be the beginning of almost three years of installing Ice Bears under our program. Once installed, the Ice Bears will then provide OC participants 20 years of utility bill savings and reduced greenhouse gas emissions.

“A thermal management system includes a closed dynamic cooling circuit, and a closed first steady-state cooling circuit. Each circuit has its own compressor, heat rejection exchanger, and expansion device. A thermal energy storage (TES) system is configured to receive a dynamic load and thermally couple the dynamic cooling circuit and the first steady-state cooling circuit. … TES is a heat exchanger that includes a TES material such as wax or other material that can store energy, including via a phase change material which, as known in the art, stores and releases energy at a phase change temperature while changing phase from, for instance, a liquid to a solid.”

• Nearly a year ago, a Whole Foods in Los Altos, Calif., connected a thermal battery system made by Axiom Exergy to the store’s refrigeration system. Whole Foods pays Axiom a monthly fee for the saltwater-based technology. Axiom says that payment, coupled with a lower monthly power bill, amounts to less than what the grocer was paying its utility before the batteries were installed.

• Thermal battery maker EnergyNest AS of Norway is looking to hire a senior engineer to work in its main office outside Oslo.

• The schedule has been posted for the 2018 GlobalChem Conference & Exhibition in Washington, D.C., Feb. 28-March 2. Most of the sessions focus on the Toxic Substances Control Act, the Global Harmonized System of Classification and other regulatory topics.

• Applications are being accepted for the Women and Minorities in Science, Technology, Engineering and Mathematics Fields Grant Program (WAMS). The program supports research and extension projects that will increase participation by rural women and underrepresented minorities from rural areas in science, technology, engineering and mathematics.

• CONTISOL, a solar reactor that can run day or night, is being tested by researchers in Germany. The reactor uses concentrated solar power and thermal energy storage.

• Registration is still open for the second annual European Chemistry Partnering event, to be held Feb. 23 in Frankfurt, Germany. It’s a chance to pitch innovations and connect with investors and decision-makers in the chemical industry.

• U.K.-based Sure Chill Co., whose water-based refrigeration technology is used to keep vaccines cool without the need for grid-based electricity, has been shortlisted for a 2018 St. David Award in Innovation, Science and Technology.

• The U.S. Federal Energy Regulatory Commission has voted to clear a path for energy storage projects in the capacity, energy and ancillary services markets. Commissioner Cheryl LaFleur noted that newer technologies “like some of the batteries, flywheels, compressed air, new forms of thermal storage, are rapidly gaining commercial viability and scale.”

From Journal of Thermal Analysis and Calorimetry:

From Data in Brief:

More than 1,200 people have joined a LinkedIn group devoted to the discussion of phase change material and thermal energy storage. The Phase Change Matters group is an interactive complement to the award-winning blog and newsletter of the same name.