Managing room temperature with PCM? There’s an art to it

A good piece of framed art can light up a room. Now, to some degree, it can also heat and cool it. 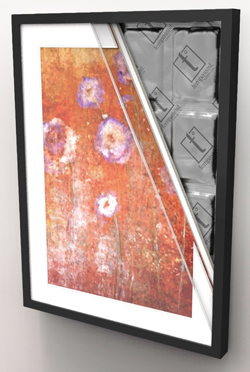 Here’s how it works: BioPCM, a biobased phase change material made by PCES, is enclosed in multi-layer film mats and placed in each frame, behind a large piece of art. The PCM absorbs excess heat when temperatures rise above 72 degrees F. When room temperature falls below 72, the PCM releases the heat.

Larson-Juhl is bringing Tempassist to market under a partnership/licensing agreement with PCES.

Q: How did the idea for this product originate?

A: In 2015, Phase Change Energy Solutions, Inc. (Phase Change) had a tech partner group introduce us to Larson-Juhl, a Berkshire Hathaway Company with a hundred-year history in manufacturing innovative custom picture frame moldings and wall décor all over the world.

In early discussions, Phase Change presented ENRG Blanket and BioPCM as a plant-based phase change material that can work in any orientation inside the building envelope. As an example, Phase Change mentioned use in a large coffeehouse as a place where ENRG Blanket could be incorporated behind the wall décor and pictures they had on display. This would help buffer thermal loads during peak hours associated with people and long lines and thus drive energy savings.

LJ asked if the same concept could be applied to any room with wall décor that they supply across the world.

Phase Change produced scale-model replicas of various rooms and validated proof of concept. This was then scaled to demonstrate performance with different material densities, conductivity and performance.

A: BioPCM is the material powering Tempassist. It is specifically tuned (transition temperature and mass) to perform to this specific application. Larson-Juhl has also incorporated various features and construction elements that enhance overall performance.

Q: What’s your take on the potential market size?

A: Market size is quite large when you consider the number of retail and commercial structures with multiple room/floor configurations.

Value of TES ‘not always fully recognized by policymakers‘

Heating and cooling in buildings and industry accounts for half of Europe’s energy consumption, and yet the potential “immense value” of thermal energy storage has barely been explored, the head of an energy storage trade group says.

“Despite its immense value to the energy system, the role of thermal energy storage concepts is not always fully recognized by policymakers,” Patrick Clerens, secretary-general of the European Association for Storage of Energy, said in an interview with Energy Storage News.

In a position paper published in July, the trade group called for economic incentives such as accelerated depreciation, better regulatory framework to “ensure non-discriminatory access to energy grids” and improved support from European Union research agencies.

Enclosure with a condensation-resistant interior surface 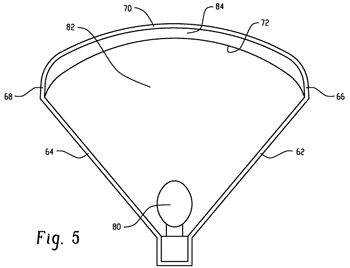 “Provided are Thermal Energy Storage (TES) systems comprising Phase Change Material (PCMs) compositions for thermal management in different applications such as building, automotive, and industrial applications. Provided are TES systems comprising encapsulated PCMs and a heat transfer medium comprising a neutralizing agent and/or an ion exchange resin capable of neutralizing the acidic or basic PCM contained in the capsules, should the PCM permeate the walls of the capsules or otherwise be released into the surrounding heat transfer medium.” 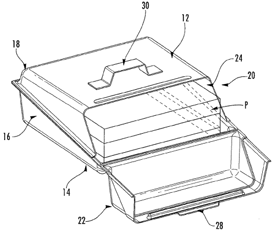 • The German company Covestro is providing technology for use in solar-powered micro cold rooms in India. The cold rooms employ phase change material to keep produce cool until it can be transported from farm to market. Eight hundred units will be built in the Indian state of Telangana over the next two years.

• In an interview with the San Jose Mercury News, Anthony Diamond talks about the musical connection he shares with Axiom Exergy co-founder Amrit Robbins. They met as undergrads at Stanford University. “I play saxophone, he’s actually a trumpet player,” Diamond said. “He was like, the best jazz trumpet player on campus. So whenever I had a gig, I would call him, and vice-versa. We had an opportunity to collaborate a lot within that context. I knew that I worked really well with him and we were a really great team.”

• Heat battery maker Sunamp Ltd. is one of 15 European scaleups selected to give presentations in California next week at Startup Europe Comes to Silicon Valley.

• Pelican BioThermal has opened a service center in Puerto Rico. The center will serve as a depot for the company’s Credo on Demand rental program and enable customers to receive and return reusable temperature controlled packaging systems.

• Facebook has announced that its cloud campus in Odense, Denmark, will be connected to a neighborhood district heating system. The company expects the system will warm 6,900 homes.

• Evelyn Wang, director of MIT’s Device Research Laboratory and an internationally recognized leader in phase change heat transfer on nanostructure surfaces, has been named associate department head of operations in the school’s Department of Mechanical Engineering.

• Long-Qing Chen, professor of engineering science, mechanics and mathematics at Penn State University, has been awarded a Humboldt Research Award by the Alexander von Humboldt Foundation of Germany. Chen will work with Jürgen Rödel, professor of materials science and engineering at the Technische Universität Darmstadt, on areas of mutual interest, including multiferroic thin films and phase change materials.

• MIT researchers are taking a look at 3,000-year-old technology that could help reduce the use of fossil fuels. Under the proposal, electric resistance heaters would convert excess electricity into heat. The heat would be stored in a large mass of firebricks, which can retain heat for long periods if they are enclosed in an insulated casing. The heat could be used directly for industrial processes, or it could feed generators that convert it back to electricity when the power is needed.

From Colloid and Polymer Science:

• Influence of nanoparticle morphology and its dispersion ability regarding thermal properties of water used as Phase Change Material
• The optimal allocation of the PCM within a composite wall for surface temperature and heat flux reduction: an experimental approach
• An innovative practical battery thermal management system based on phase change materials: Numerical and experimental investigations

From Cement and Concrete Composites:

More than 1,100 people have joined a LinkedIn group devoted to the discussion of phase change material and thermal energy storage. The Phase Change Matters group is an interactive complement to the award-winning blog and newsletter of the same name.