PCM in stadium seating: For fans on the hot seat, it’s a pretty cool idea

The method struck him as a small-scale version of a stadium or arena. “From there,” he says, “I began I began devising a plan for us to implement this into our large-scale venues we design.”

Schafer developed the idea of using PCM inside the hollow portions of seats and seating structures to keep open-air stadiums cooler on hot days. The concept underwent testing at Kansas State University and was awarded a U.S. patent, “Stadium Ambient Temperature Control System,” in 2017. He is giving a presentation on the concept June 12 at an event sponsored by AIA Kansas City at the Center for Architecture & Design in Kansas City, Mo. In an email interview, he discussed the development process.

Q: How long have you worked at your company?

A: “I joined Henderson in 2008 and have nearly 20 years of industry experience.”

Q: Can you briefly describe the process of testing the concept?

A: “In looking to develop an innovative, cost effective, and energy efficient option, we began conducting research on the potential implementation of PCM on venue seats to increase the thermal mass in the space and extend the length of time occupants are comfortable. Essentially, the material could be frozen (the material we used has a freezing point of 70° F) prior to the event, then as the PCM reaches its melting point, it would absorb some of the heat brought on by the human and/or solar load, prolonging the time the space is comfortable for attendees. 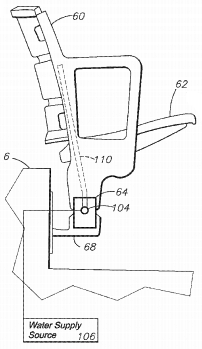 “I led a team in conducting a variety of tests to determine the efficacy of this idea. We worked with Kansas State University and utilized their Institute for Environmental Research to complete our testing. We set up a lab that included actual stadium seats arranged in a layout consistent with typical venues. Each seat in the testing area had 10 pounds of PCM attached to the back and a dummy in the seat equipped with electric resistance heaters that produced an amount of heat equivalent to that of a human being. The layout also included suspended wires with thermocouples to create the temperature sensor array around the dummy occupant.

“We conducted two tests to evaluate the impact this technology could have, each with two test value temperatures, 90° F and 100° F. In both tests we took measurements in an environmental chamber that simulated different ambient conditions during an event and compared both a control chamber and a chamber with PCM attached to the chairs. The tests ran until the effect of PCM was no longer noticeable.”

Q: Can you provide a summary of the test results?

A: “In our research, we determined that PCM could be an impactful option for open stadiums situated in mild climates where the night temperatures drop low enough to freeze the material. To have an even greater impact, application of PCM should be seriously considered in enclosed arenas. Because the HVAC system could be used to pre-charge the bowl and freeze the material, this application could be even more significant. Additionally, the cooling result could materially affect the peak load needs for the HVAC systems in these spaces, saving the owner on energy costs.

“We also identified areas where PCM would not make sense a part of the temperature control solution, such as in climates with high winds that would simply blow away the cooled air, areas where the temperature does not drop below 70° F and thus doesn’t allow the PCM to freeze, or areas where the temperature rises too far above the melting point prior to the event meaning the cooling effect is lost before it is needed. Finally, we’ve found it necessary to note that this process only impacts spaces that need to be cooled – it cannot be used in heating conditions.

“We determined that phase change material does have a significant and sustained impact on occupant comfort. While it is not the whole solution, it can be a meaningful portion of the overall answer.”

Q: Can you provide information on the PCM used in testing?

Q: Is Henderson now working on any projects that include the use of PCMs in this manner?

A: “We are not working on any projects that include the use of PCM.”

Q: What interests you most about the use of PCM in building and construction?

A: “It’s a sustainable solution that is relatively low cost. It’s not the end all, be all, but it’s a small step that can have a nice impact. Professional sports teams focus heavily on the fan experience and this is a difference maker when it comes to their in-venue comfort.” 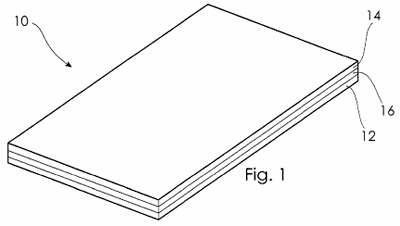 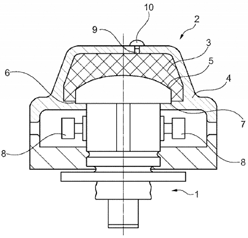 Method and system for thermal cooling of an enclosure

• The agenda is set for the 14th International Conference on Advanced Building Skins, to be held Oct. 28-29 in Bern, Switzerland. The Japanese architect and Pritzker laureate Shigeru Ban will be the keynote speaker. Among the more than 150 speakers is Thomas Friedrich of Innogration GmbH, Germany, who will discuss “collection of thermal energy from the façade” and “decentralized PCM storage elements for saving thermal energy.” The registration fee is 680 euros and includes the conference documentation as well as meals during both days. Participants who register by May 31 will receive a 20 percent discount. 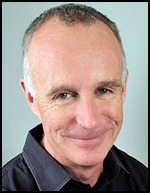 • In a LinkedIn post, former Ice Energy CEO Mike Hopkins shared his take on two of the California company’s competitors in distributed thermal energy storage. “Look at @CALMAC, a Portfolio of Trane – been in our industry forever, good product, but haven’t been able to secure utility deals because their large bespoke systems make it too risky to commit to MWs in a location on a schedule,” wrote Hopkins, who is now CEO at Bakken Midstream. “Relative newcomer [Axiom Exergy] came to market with their #refrigeration #battery. Good concept but not plug and play. Not surprising, they seem to have recast themselves as a #cloud based power management company.”

• Speaking of CALMAC: CEO Mark McCracken will speak on “some of the myths surrounding ice-based TES” at an ASHRAE technical seminar on thermal energy storage in building design in Hong Kong June 13.

• CIC energiGUNE, a research center in Spain’s Basque Country, has an opening for a researcher in its thermal energy storage area. The research will focus on the storage of heat through reversible chemical reactions “in a range of temperature few explored so far (120 – 250 °C).” The application deadline is Sept. 11, 2019.

• Barbara Pause of Textile Testing & Innovation will be among the speakers at this year’s Advances in Thermal Management conference, to be held Aug. 7-8 in Denver, Colo. Her topic: “Measuring and Modeling the Thermal Performance of Products Equipped with Phase Change Materials.”

• Thermal energy storage startup NET Energy of Chicago is among 10 finalists for the University of Chicago’s 19th annual Edward L. Kaplan New Venture Challenge. Winners will be announced next week, with the top companies sharing $250,000 in cash, along with $250,000 worth of office space and professional services from program sponsors.

From Building and Environment:

From International Journal of Energy Research:

From International Journal of Hydrogen Energy:

From U.S. Office of Scientific and Technical Information:

From E3S Web of Conferences:

• A PCM based cooling system for office buildings: a state of the art review

From Journal of Molecular Liquids:

• A review of microencapsulated and composite phase change materials: Alteration of strength and thermal properties of cement-based materials

More than 1,450 people have joined a LinkedIn group devoted to the discussion of phase change material and thermal energy storage. The Phase Change Matters group is an interactive complement to the award-winning blog and newsletter of the same name.