Commercializing an invention can be a herculean task. There are technical hurdles. Funding hurdles. Patent hurdles. Manufacturing hurdles. Regulatory hurdles. Eric and Sandy Wengreen, co-founders of a company working to commercialize a small container that uses phase change material to keep EpiPens close to room temperature, are familiar with all of it.

After their son nearly died of a severe allergic reaction to macadamia nuts a few years ago, the Seattle couple realized the importance of having an Epi‌Pen auto-injector handy at all times. Sandy invented the container, now known as MedShell, to ensure that people can take their Epi‌Pen wherever they go, even if it’s hot or cold outside. It’s not just about being prepared for an unexpected allergic reaction. Epi‌Pens are expensive. Leave one in a hot car or gym bag for a few hours and you’re out $300.

The Wengreens began developing their device, originally called EpiShell, a few years ago. They filed for patents and successfully tested prototypes.

Biobased phase change material is a key component of the MedShell, which is designed to keep EpiPens between 15º and 30º Celsius (59º and 86º Fahrenheit).

“I learned about PCM while I was researching how to change the melting temperatures of liquids,” says Eric, who has a master’s degree in engineering from Stanford University. “I was very happy to discover that Entropy Solutions had already engineered highly reliable PCM. At that point, I realized that I didn’t need to re-invent the wheel. Instead, I simply ordered PureTemp samples for prototyping and testing. I also received samples from other PCM manufacturers, but I quickly found out that PureTemp PCM was superior.”

Last fall, after receiving written assurance from the U.S. Food and Drug Administration that the container would not be considered a medical device subject to FDA regulatory requirement, the Wengreens launched an Indiegogo campaign. The fundraising target: A modest $35,000.

“My goal was to raise awareness (rather than just raise money),” Eric says. “Most people don’t know many medicines have strict storage-temperature requirements. I also wanted to test the market to see if other people cared about protecting their medicines from temperatures that are hotter and colder than the FDA-approved temperature limits.”

The response was strong. Within a few months, the campaign drew hundreds of backers and raised nearly $30,000. Two product videos were watched more than 15,000 times on YouTube. The Wengreens continued to refine the design of the vacuum flask and thermal management system. They began evaluating manufacturing options.

In November, they decided to change the name of the product to MedShell.

“Many people have talked with us about applications beyond epinephrine, the active ingredient in EpiPens,” Eric says. “As a result, we wanted the name to reflect our broader mission to protect many medicines from hot and cold temperatures. … Essentially, the storage-temperature requirements vary depending on the medicine, but the fundamental technology is the same, so MedShell can be adapted to just about any medicine.”

On Dec. 7, Eric alerted Indiegogo backers to an unexpected development:

“Recently, in an abundance of caution, we voluntarily asked the FDA to conduct a second review of our product.  This time, we had detailed product information that was not available during the first review (because we had not finished the design details at the time of the first review). During this second review, the FDA decided that MedShell is a medical device subject to FDA regulatory requirements.”

The FDA’s decision, Eric told backers, “will dramatically delay our launch and increase our expenses.” The Wengreens suspended the Indiegogo campaign and offered refunds to all backers.

The Wengreens announced a new strategy in a January post on Indiegogo: “We now need to find a larger company that has the FDA expertise and resources to bring MedShell to market.” They continue to fund development with money earned from previous inventions.

The regulatory hurdle looms large, but the Wengreens remain committed to commercializing the product.

“Whether MedShell is a medical device is debatable,” Eric says. “Honestly, I don’t know exactly what would be required to either convince the FDA that MedShell is not a medical device or meet the FDA’s medical-device requirements. I reached out to the FDA for guidance, but I have not gotten specific answers regarding next steps.”

Although they have no plans to reopen the Indiegogo campaign, the Wengreens say they want to make sure supporters have the first opportunity to get the device when it launches.

“My goal is to transfer my patents and designs to a company with the resources to remove the FDA uncertainty and bring the product to market,” Eric says. “A larger company is better suited to making the invention widely available.”

“A microencapsulation process in which wall forming materials in a dispersed phase are polymerized to form a seed microcapsule after which an initiator or catalyst in the continuous phase is initiated or activated to effect, in whole or in part, full polymerization of the wall forming material of the dispersed phase. … Most especially the microcapsule according to the present teachings have a phase change material as the core material. Suitable phase change materials are typically known hydrocarbons that melt at a temperature of between -30° C. and 150° C.”

• The co-creator of a camisole that uses phase change material to reduce the discomfort of hot flashes is profiled in ChicagoInno this month. Nancy Munro, who is selling “CoolCami” online, hopes to partner with a women’s undergarment company like Spanx or Soma. CoolCami is made of absorbent bamboo fabric and features a PCM-filled cooling liner.

• Viking Cold Solutions has announced a collaboration between Salt River Project and Bashas’ Supermarkets to install and evaluate the performance of Viking’s PCM-based thermal energy storage system at Bashas’ distribution center in the Phoenix area. The system is expected to significantly reduce energy costs by shifting peak demand to nighttime hours.

• A six-year study finds that ARPA-E, the U.S. Energy Department program that supports cutting-edge energy technologies, is meeting the goals of the 2007 law that created it even as the Trump administration seeks to eliminate its funding. The National Academies of Sciences, Engineering and Medicine report concludes that the program is moving in the right direction and does not require major changes to keep bringing new energy technologies to market.

• Axiom Exergy, maker of “refrigeration batteries” designed to reduce energy use in supermarkets, is looking to fill eleven positions, including product engineer, product engineer manager and engineering intern. Candidates for the internship are asked to give a concise response to a “bonus question”: “Given the choice between pure water and a NaCl-water solution as the thermal energy storage medium in medium temperature (40°F, 4.4°C) refrigeration applications, what are the pros and cons of each material?”

• CIC energiGUNE is looking for a laboratory technician to join the Thermal Energy Storage unit’s materials development and characterization group.

• The European Commission, in with collaboration with Skanska, Saint-Gobain, Sustainable Building Alliance and Green Building Councils, has developed an open-source assessment framework for measuring the energy performance of buildings. Level(s) links a building’s environmental impact with resource priorities at the European level. The voluntary tool will be ready for testing this fall.

• Va-Q-tec AG has established a Japanese subsidiary in Tokyo. The German company develops, manufactures and sells vacuum insulation panels and phase change materials for use in thermal packaging, air freight containers and other applications. Va-Q-tec Japan GK will focus on providing “small box and container sales and rental solutions” in the Asian market. 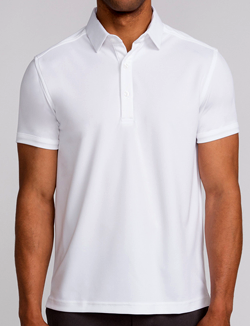 • Ministry of Supply, the Boston startup that integrates phase change material in its high-tech menswear, has added a lightweight polo shirt to its lineup. The machine-washable Apollo 3 Polo sells for $70.

• A recent New York Times piece answered the question: “What if you need a battery? A really big one — big enough to run a city?” A 2.35-million-square-foot office tower in New York City is among many buildings around the world equipped with a system that stores energy in the form of ice. The system freezes water overnight to help cool the building during the day, when electricity is typically more expensive.

• Massachusetts has awarded $1.5 million to help fund installation of more than 200 residential thermal energy storage units on Nantucket. Ice Energy, which makes the Ice Bear units, is partnering with Genbright LLC on the project. The goal is to help reduce peak energy demand and demonstrate an alternative to a third undersea transmission line to the island.

• SaltX Technology and Aalborg CSP have agreed to work together to develop and commercialize an integrated energy storage solution for concentrated solar power based on EnerStore, SaltX’s patented technology for large-scale energy storage. A prototype is scheduled to be built later this year with the aim of securing a commercial pilot plant in 2018.

For our full list of recent academic research, see puretemp.com/academic.

From Journal of Materials Science and Technology:

From Composites Part B: Engineering:

From Journal of Energy Storage:

More than 1,100 of your peers have joined a LinkedIn group devoted to the discussion of phase change material and thermal energy storage. The Phase Change Matters group is an interactive complement to the award-winning blog and newsletter of the same name.

“Hi everyone, I am running a start-up based in Denmark. We are focusing on improving everyday life for families. This is done by ensuring a good night sleep for children and their parents through temperature regulation in the sleep environment. Right now we are developing a mattress protector aimed at children. Please let me know if you are interested in doing any business or have inputs. I am very open to new ideas and solutions.”