Britain’s vote on Thursday to leave the European Union is generating a variety of strong reactions in Europe’s chemicals, manufacturing and scientific communities.

“The United Kingdom is and will remain an important market for BASF,” said Kurt Bock, right, the company’s chief executive. “It has always been our strong conviction that the UK is better off within the EU, we therefore very much regret that Great Britain and Northern Ireland want to leave the European Union. Although we respect the decision of the British people, this outcome of the referendum will cause considerable uncertainty for markets, companies and households.”

“Great care must be taken during the negotiation process to protect manufacturing’s interests and we will be working hard in the UK and in Brussels for that outcome,” said James Selka, chief executive of the UK’s Manufacturing Technology Association. “We believe that we can leverage UK manufacturing’s reputation for innovation and flexibility to secure the best possible deal for our members outside the EU.”

A European ethylene glycol (EG) buyer said he was sad to see the UK leaving the EU but added, however, that the country should be “happy” that it will no longer be subject to the “Euro printing press that is destroying pensions [and] creating housing bubbles.”

“It’s like a domino effect,” said another EG buyer. “… Let the dust settle first and see what happens. All these contracts the UK has with other EU partners have to be revised. What will be the economic effect on all economies?”

A polyethylene terephthalate buyer in Italy said Brexit was “a disaster” and will create a chain of events in the economy and forecast more countries to take the same path than the UK.

Other petrochemical market players reminded how “nothing will change for two years” at least, according to an olefins consumer in Germany, while others recognize the implications are totally unknown – it is the first time an EU member state has decided to leave the bloc.

“EU membership has been part of the UK in broad and deep ways,” said Dominic Tildesley, president of the Royal Society of Chemistry. “From the point of view of science, research and innovation there is now considerable uncertainty about how an EU exit will affect access to EU funding for research, the freedom of researchers to work across the EU and the application of EU regulations across the science and technology sector.”

“It is not the decision that our sector wanted, but we fully respect the wish of the people for change,” said Steve Elliott, chief executive of the United Kingdom’s Chemical Industries Association. “We now have to look to the future, and I am confident that an important and resilient industry such as ours can prosper in this new situation.”

“The vast majority of our members had fears of Brexit, and we will be consulting with them and government in the coming weeks to set out a plan for continued low carbon energy investment, deployment and assurance of the 117,000 jobs in this sector,” said Dr. Nina Skorupska, chief executive at the UK’s Renewable Energy Association.

Energy consultant Benjamin Knopp, who won $5,000 in A.O. Smith‘s Water Heater Challenge last month, is working on a prototype of a thermally isolating preheater to improve the efficiency of residential water heaters. In collaboration with Smith and Oak Ridge National Laboratory, Knopp is investigating the use of phase change material to increase a water heater’s first hour rating by 15 to 30 percent, without increasing water storage temperature. 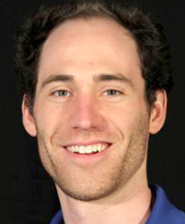 The competition is part of the U.S. Department of Energy‘s JUMP program, an online crowdsourcing initiative aimed at advancing energy-efficient building technologies.

“JUMP is a recipe for success,” Knopp said, “because it brings the large organizations, small innovators, and national laboratories to the table to identify what the market needs, what technology can solve that need, and how to get it to market quickly.”

Knopp said the completed prototype would under rigorous testing and refinement. “Finally, assuming all goes as planned,” he said, “we will work out a licensing agreement so that it can be mass produced.”

Verdezyne of Carlsbad, Calif., which developed a greener way to make high-performance nylon, is among this year’s Presidential Green Chemistry Challenge Award winners. Verdezyne’s process uses a plant-based feedstock and does not employ high temperatures or concentrated nitric acid. The nylon is used in hairbrushes, toothbrushes, adhesives, coatings, fragrances and other products. It has qualified for the USDA Certified Biobased label.

• Professor Paul Chirik of Princeton University discovered a new class of catalysts to produce silicones without the use of platinum.

• Dow AgroSciences of Indianapolis developed and commercialized Instinct, an additive that reduces the leaching of fertilizer nitrate into ground and surface waters.

Dr. William R. Sutterlin, Entropy Solutions’ chief science officer, was a member of a University of Missouri team that won the academic award in 2006 for developing an inexpensive method to convert waste glycerin, a byproduct of biodiesel fuel production, into propylene glycol.

• The University of South Australia has teamed up with Centrex Metals Limited to conduct research on higher-temperature molten salt. Centrex hopes to use the technology, which heats molten salt to 850º Celsius and higher, to convert potassium feldspar ore to potassium chloride fertilizer, using less water and energy than current processes.

• The American Chemistry Council says Toxic Substances Control Act, signed into law Wednesday by President Obama, will have “a meaningful impact on the economy and the marketplace.” Up next: The Environmental Protection Agency begins work on implementing new rules. 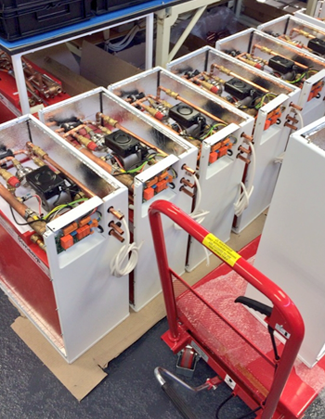 • In a guest blog post for Energy Storage News, Sunamp’s business development manager writes about demonstrating the company’s PCM/PV “heat battery” in Shenzhen, China, last month. Maurizio Zaglio says SunampPV is a great fit for the Chinese market, thanks to government incentives that have led to widespread use of PV panels. At right: The Sunamp production line.

• The Global Cold Chain Forum is accepting nominations for the 2016 Cold Chain Excellence Awards. The four categories are Best Temperature Controlled Logistics Project; Most Innovative New Cold Chain Technology of the Year; Most Sustainable Temperature-Controlled Project; and Most Effective Risk Assessment, Evaluation & Mitigation for Transportation. Nominations are due by July 29, 2016.

• Nike is teaming up with MIT’s Climate CoLab to speed the development of innovative materials and shrink the company’s supply-chain footprint.

• Puma‘s new PCM-infused jerseys made the wrong kind of impression at the European Championships this week. Four jerseys worn by Swiss players in a match against France tore apart when tugged on by opponents. Puma later apologized, blaming the problem on a bad batch of material damaged during production. It does not appear that the problem involved the phase change material used in strategically placed tape inside the jersey.

From American Society of Mechanical Engineers:

Nearly 800 of your peers have joined a LinkedIn group devoted to the discussion of phase change material and thermal energy storage. The Phase Change Matters group is an interactive complement to the award-winning blog and newsletter of the same name.